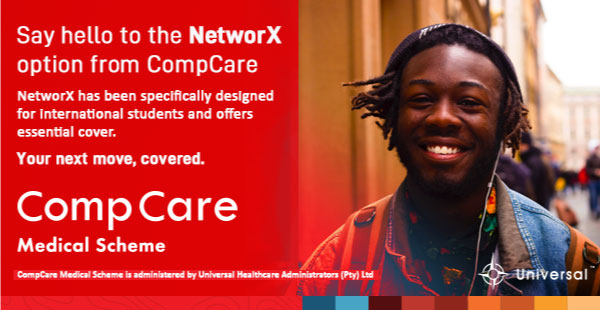 “It has never been more important to belong to a medical scheme than it is right now. We encourage members, no matter whether they have a hospital plan or more comprehensive benefit plan, to do their utmost to retain their membership, even though it may be difficult financially,” says Josua Joubert, Chief Executive and Principal Officer of CompCare Medical Scheme.

“Aside from providing cover for hospitalisation, medical scheme membership offers many additional benefits to carry you and your loved ones through these challenging times.”

Joubert says that all members, including those with only a hospital plan, should remember that medical schemes are legally required to provide cover for all prescribed minimum benefits (PMBs), a set of defined benefits for 25 chronic medical conditions. This ensures that members have access to minimum health services, no matter what benefit option they have chosen.

“At CompCare we have added enhancements to our services, including making provision for telephonic or video-call consultations with doctors for those who cannot get to a doctor. We have seen an increased demand for our telephonic counselling service offered to members through our psychosocial benefit. This is assisting many in dealing with the physical, mental and financial uncertainties surrounding the pandemic.

“We fully understand that the changing face of our world and our personal circumstances are taking an emotional toll on many and wish to remind members that our 24/7/365 psychosocial service is at hand toll-free on 0800 390 003 for those who may need it.”

Joubert cautions that cancelling, or allowing membership to lapse, may have consequences, even when re-joining a medical scheme. Consequences include being subjected to a waiting period and/or a late joiner penalty when re-joining at a later stage –

“It is therefore important to retain your membership so that you can avoid the possible imposition of waiting periods and late joiner penalties, which were put in place to protect the reserves of medical schemes.

“Medical schemes, which are not-for-profit organisations, can by law not charge different premiums for members based on their health status or age. Contributions can only vary based on a member’s income and the number of dependants registered on the membership.

“Given that all members pay the same contributions, it would be unfair to members contributing to the fund for years, if an applicant who only just joined the scheme were to receive exactly the same benefits for the same contribution, without being impacted by waiting periods or late joiner penalties,” concludes Joubert.

This site uses cookies. By continuing to browse the site, you are agreeing to our use of cookies.

We may request cookies to be set on your device. We use cookies to let us know when you visit our websites, how you interact with us, to enrich your user experience, and to customize your relationship with our website.

Click on the different category headings to find out more. You can also change some of your preferences. Note that blocking some types of cookies may impact your experience on our websites and the services we are able to offer.

These cookies are strictly necessary to provide you with services available through our website and to use some of its features.

Because these cookies are strictly necessary to deliver the website, refuseing them will have impact how our site functions. You always can block or delete cookies by changing your browser settings and force blocking all cookies on this website. But this will always prompt you to accept/refuse cookies when revisiting our site.

We fully respect if you want to refuse cookies but to avoid asking you again and again kindly allow us to store a cookie for that. You are free to opt out any time or opt in for other cookies to get a better experience. If you refuse cookies we will remove all set cookies in our domain.

We provide you with a list of stored cookies on your computer in our domain so you can check what we stored. Due to security reasons we are not able to show or modify cookies from other domains. You can check these in your browser security settings.

We also use different external services like Google Webfonts, Google Maps, and external Video providers. Since these providers may collect personal data like your IP address we allow you to block them here. Please be aware that this might heavily reduce the functionality and appearance of our site. Changes will take effect once you reload the page.